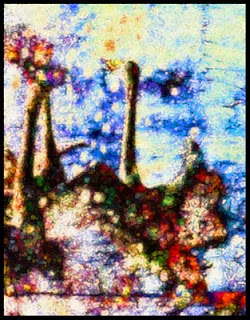 i know the heavy ballast
of feeling out of step
with your companions,
those who would try
to tame your wildness
and make of you a pet
they do not understand
that you have been infected
with the desire to see
the beauty in all things
-the oyster and the pearl-
or how, like the swan,
you are able to drink
only the milk from a
saucer-full diluted with water
i know it isn't easy, but persevere
in learning to sing your own song
-stacy wills (2/25/2011)
Posted by Stacy Wills at 8:08 AM 6 comments:

the sap is rising 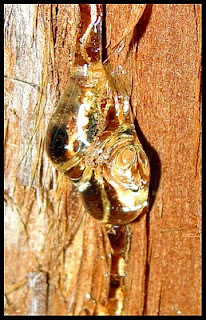 the trees of the lord are full of sap...(psalm 104:16)
winter is passing
and in the trees
the sap is rising
sticky and sweet
even the old one*
feels young again
i saw her this morning
radiant and glistening
with jewels
-stacy wills (2/23/2011)
Posted by Stacy Wills at 6:56 AM 4 comments: 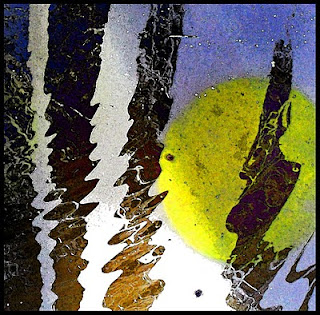 the bald cypress trees
spilled their inky reflections
love poems to the moon
-stacy wills (2/21/2011)
Posted by Stacy Wills at 6:57 AM No comments:

the art of play 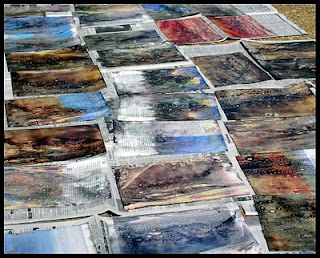 the weather has been glorious this week in our neck of the woods with clear skies and temps in the 70's. yesterday's weather was perfect for getting outside and making some new citra solv pages. don't they look lovely drying in the sun? it's always great fun to see how they turn out...all the various colors and patterns that emerge. 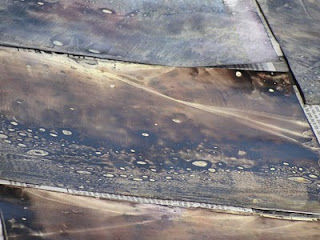 i took several photos of my new bumper crop, downloaded them into my computer and began playing around with them in photoshop elements. i can explain my process to that point, and then...i just play with various effects and settings. for me, making art is often a series of happy accidents...it's a game of "what if...?" it's always a surprise to see what happens next...to watch how this (see above) becomes....this (see below). 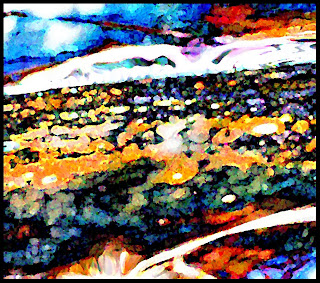 to learn more about how to work with citra solv, visit their website and click on the "artist page" link for more information, how-to's and tutorials.

the mystery at work 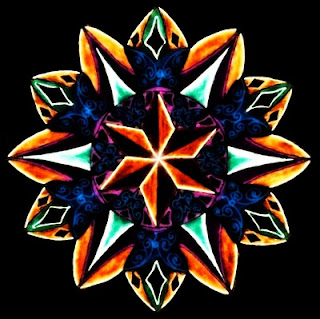 darkness and light
dance on the edge
of a razor-sharp blade
the mystery at work
no dull sword here
every movement - precise
-stacy wills (2/18/2011)
Posted by Stacy Wills at 6:17 AM No comments: 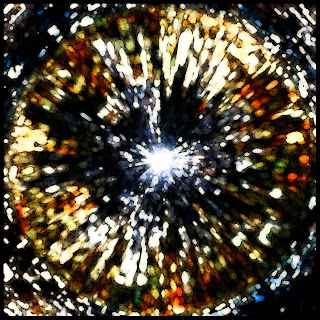 life and death intermingling
captured in a moment, fleeting
'twas not a sparrow
who fell that day
but rather a robin,* so young
though it's tempting
to think otherwise,
even the briefest life
does not go unnoticed
the shortest song, unsung
-stacy wills (2/9/2011)
*the source image for this mandala is from a photograph of the feathers of a juvenile robin (juveniles lack the distinctive red breast of an adult bird) who met an untimely death after flying into my kitchen window. his mother and i stood watch, hoping that he was merely momentarily stunned (as occasionally happens), but he remained still. though it may seem macabre to some, there is something about creating mandalas from decaying things in nature, and then working with them digitally, that somehow captures and reanimates their essence - brings them back to life, as it were. it is my hope that in some small way my work honors this one life and brings awareness of the sanctity of all life.
Posted by Stacy Wills at 8:08 AM 5 comments: 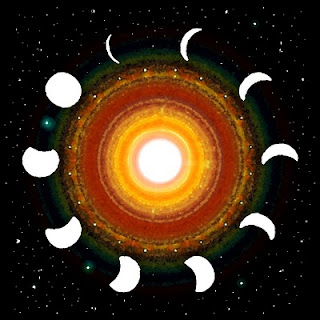 i love the way you
wax and wane
dancing yourself
whole again
-stacy wills (2/8/11)
Posted by Stacy Wills at 6:01 AM 2 comments:

i recently had the privilege of taking part in a unique project celebrating the importance and value of women's circles. the project is the brainchild of ceramic artist, janet akers of vicksburg, ms. she provides each member of a participating group with a bisque figure to decorate. janet plans to exhibit the completed project in march 2011 at the southern cultural heritage foundation. the figurines you see here represent the amazing and inspiring women i am blessed to call my friends. 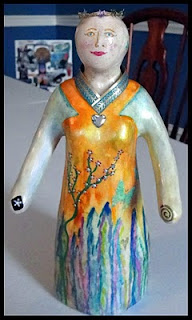 this is my contribution...her name is "blossom." 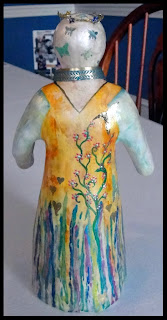 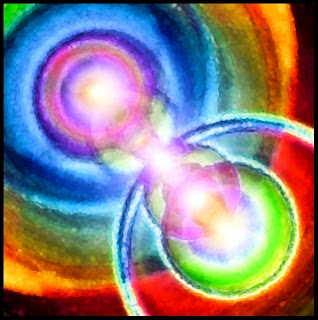 ...i found i had to give up my idea of what a painting should be: portraying a beautiful scene in a pleasing way. instead, it is about the alive act of moment by moment listening to the flashes of thought at the periphery of perception, and responding in color and form...creativity is a process...it takes practice and intuition...it is full of surprises and discovery and cannot be known ahead of time.
-natalie goldberg (b. 1948)
Posted by Stacy Wills at 7:00 AM 6 comments: